Chinese New Year, also known as Lunar New Year or Spring Festival, is a major holiday celebrated by Chinese people and communities around the world. The holiday typically falls between January 21 and February 20, depending on the lunar calendar. Celebrating Lunar New Year is a time for families to gather, give gifts, and enjoy traditional foods. There are various traditions that take place within the celebration period and can be different for everyone.

What is Chinese New Year?

Lunar New Year is the most significant traditional Chinese holiday. The exact date of the festival varies from year to year, depending on the lunar calendar and at the turn of the Chinese calendar, usually in late January or early February, which consists of both Gregorian and lunar-solar calendar systems. Celebrations last for 15 days on average with the first seven days considered to be the most important as it’s a time for reunion, forgiveness, and peace. The celebration includes a variety of traditions such as lion and dragon dances, fireworks, and the giving of red envelopes filled with money.

The holiday also marks the beginning of a new lunar year, with each year represented by one of 12 zodiac animals. This year is the Year of the Rabbit. Unlike western Zodiac signs, Chinese Zodiacs are animals and are by the year a person was born, rather than by the month.

Traditions and celebrations vary greatly across China and around the globe. Here are some traditional activities that are commonly done during this Spring Festival celebration:

Typically, starting from the 24th day of the 12th lunar month, most Chinese people partake in winter cleaning. It’s believed that cleaning the house before the Lunar New Year will sweep away bad luck and make room for good luck. They generally call it “sweeping away the dust” and it represents the desire to put away the old and saying goodbye to the past year, welcoming in the new.

Putting up decorations is also a tradition. Red is considered a lucky color in Chinese culture and is often used to decorate homes and streets during the Lunar New Year. Most people decorate their homes on Chinese New Year's Eve with red lanterns, red spring couplets, paper cuttings, and New Year's paintings to keep evil away and pray for blessing, longevity, health, and peace.

A very popular tradition is giving red envelopes filled with money, usually in even amounts, to children and unmarried adults as a symbol of good luck and prosperity. Parents typically give their children red envelopes to wish them health, growth, and good studies in the coming year. Putting the money in red envelopes symbolizes good luck because red is China’s lucky color and it’s meant to represent lucky money.

A few Lunar New Year foods include dumplings, spring rolls, and fish. Eating these traditional foods is said to bring good luck and prosperity. Chinese make it a priority to have what they refer to as a reunion dinner, which is a “must-do” dinner with all family members reuniting and where big families including several generations sit at round tables enjoying the food and time with one another.

Lion and dragon dances are a common sight during Lunar New Year celebrations. The dances are performed by teams of dancers dressed in elaborate costumes and are believed to bring good luck and chase away evil spirits.

Fireworks are a big part of the Lunar New Year celebration. They are believed to scare away evil spirits and bring good luck for the coming year. It's also believed that the louder the firecrackers, the better and luckier it will be for business and farming in the coming year.

The Lunar New Year is notorious for being known as a holiday for families to gather and give each other well wishes for the coming year. Starting from the third to the seventh day of New Year, Chinese people visit relatives and friends and prioritize that time together.

The Lantern Festival falls on the fifteenth day of Chinese New Year. It’s what marks the traditional end of the Spring Festival celebrations. Depending on the person and location, people send glowing lanterns into the sky, while others release floating lanterns onto the sea, onto rivers, or adrift in lakes

Food and drinks also play a big role in the celebration, with many traditional dishes being served during the festival. Some popular Chinese New Year foods include dumplings, spring rolls, and fish. Fruits such as oranges and tangerines are also commonly consumed as they symbolize wealth and good fortune. These are just a few examples, and there are many more traditional Chinese New Year foods that vary by region and family. In the north, Chinese dumplings are the must-eat food on Chinese New Year's Eve, but south of the Yangtze River most people eat spring rolls or sticky rice cake. Alcoholic drinks such as baijiu and beer are also generally consumed during the celebration. It's also customary to toast to the prosperity and health of family and friends during the festival. When celebrating Chinese New Year, it is also traditional to use red-colored cups, plates, and bowls as red is believed to bring good luck and ward off evil spirits.

The Chinese New Year celebration is a time for people to come together and celebrate the start of a new year filled with hope, good luck, and prosperity. Also, Lunar New Year isn’t just celebrated in China, it’s celebrated in several other East Asian countries and Chinatowns in Western countries as well. There are a variety of reasons why people celebrate this beloved holiday. Reunion, forgiveness, peace, beliefs, an entertainment also play key factors into Lunar New Year festivities. It’s also an honor of culture and a time to gather with loved ones. 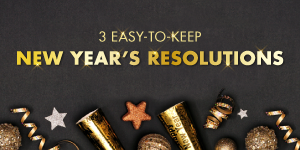 Post Date: 06-Jan-2021
It is easy to see why the traditional goals, which tend to be recycled each January, are tossed in the tra 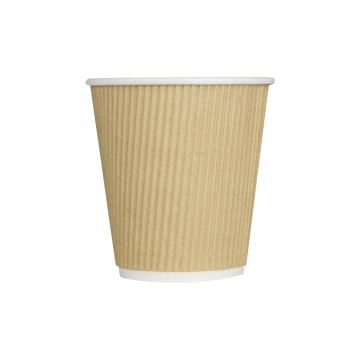 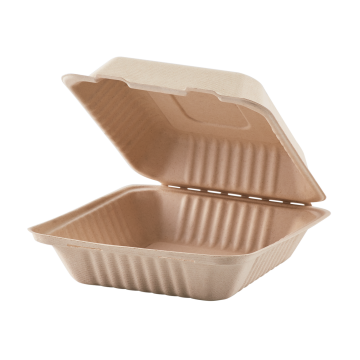 Post Date: 01-Jan-2019
Your health is your wealth and with the New Year, comes new resolutions and goals to hit.