Autumn is a season that can bring about some pleasant thoughts; it may be a cozy scarf, foliage fall, pumpkin pie, or a delicious roast turkey. In ancient culture, Autumn also represents the harvest. Among all the joyful memories, food is a big component to describe it. There are many important festivals set between September to November in different countries, like Thanksgiving, Sukkot, Marathon du Medoc, German Oktoberfest, Moon Festival, and Double Nine Festival. Today, we will dive deeper into the celebrations in Asia.

In East Asia, food is an important element in the cultures. And, each special event, holiday, or season has its own food tradition.

Mid-Autumn Festival (aka. Moon Festival or Harvest Festival)
The date of the Moon Festival is the 15th of August in the Lunar Calendar. It is a big holiday in China, Taiwan, Japan, Korea, and other South Asia countries. The reason for celebrating is unknown, but the stories of the Moon Festival involve a run-away lady, a soldier who was good at logging, and a giant rabbit. According to the myths, these three characters, which were remotely related to each other, were all ended up moving to the moon, so the population on the moon is at least three. It's too bad that Amstrong cannot find these three famous inhabitants on the moon.

The traditional food to celebrate the moon festival is similar in Asia. Chinese take mooncakes and pomelo, Japanese eat Dango balls, and Korean have Songpyeon. Dango and Songpyeo are similar. They are all made with rice flour or rice powder. Typically, Songpyeon is more colorful than Dango. Dango is a plain rice ball with some toppings, like red bean paste, black sesame paste, matcha powder, etc. Songpyeon, on the other hand, is stuffed with red bean paste, sesame paste, or other fillings, and they are steamed over a layer of pine needles which gives the fragrant smell of pine tree; therefore, Songpyeon also means pine cake.

Most people know that mooncake is a traditional food for the Moon Festival in Chinese culture. But the truth is, there are at least 3 or 4 different kinds of mooncakes. Taiwanese Mooncakes are mung bean, egg yolk pastry, or taro puff. Vietnamese mooncakes usually consist of jam, dried sausage, mung bean paste, some nuts and seeds, etc. The original Chinese mooncake is a Cantonese-style mooncake. It is made from shortcrust pastry with lotus seed paste, nuts, egg yolk, etc. The Vietnamese mooncakes and Chinese mooncakes are alike because many Cantonese immigrated to Vietnam hundreds of years ago. The ancestors combined Chinese and Vietnam food together and created the Vietnam-style mooncake. It is also a sample of cultural integration. 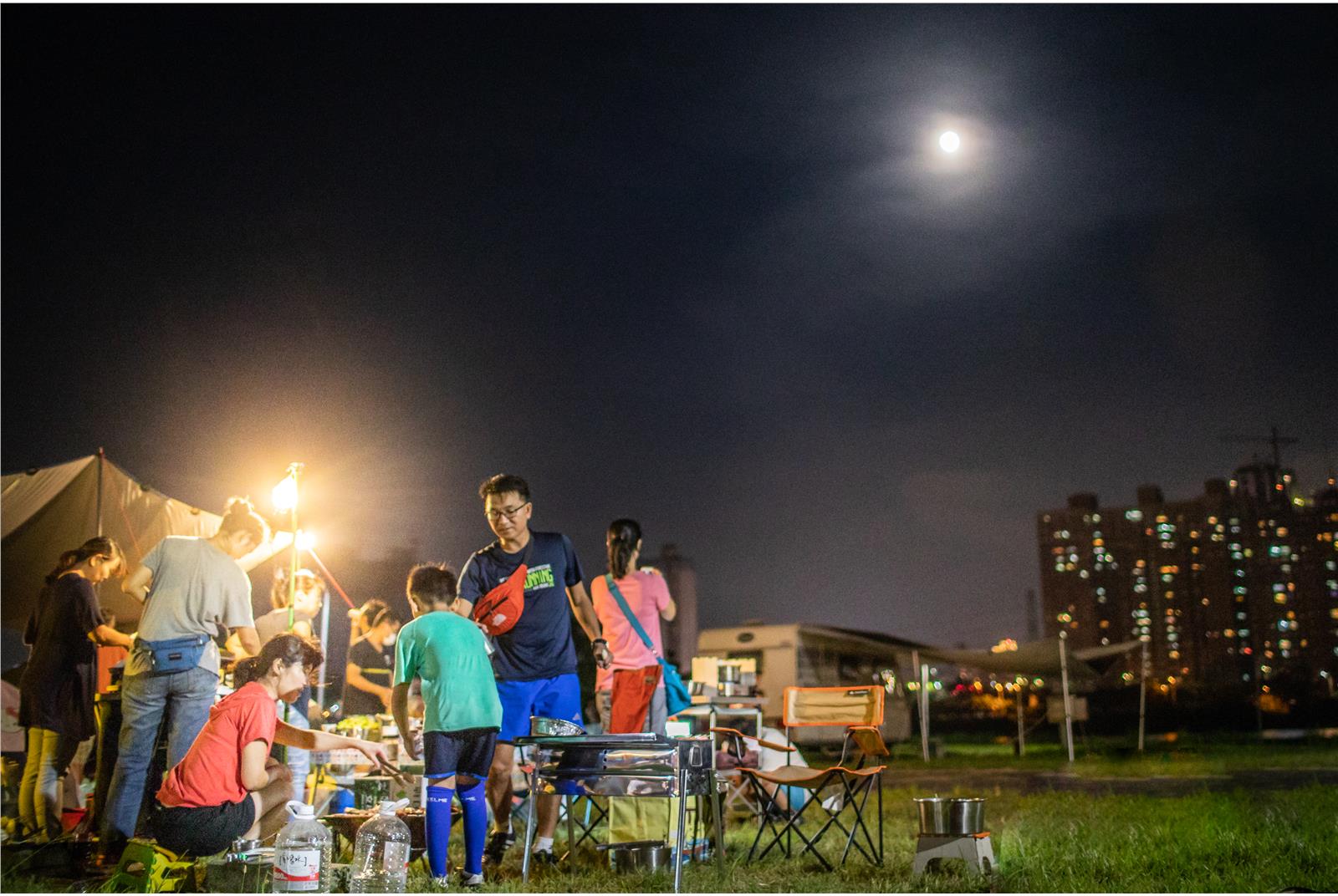 Besides having mooncakes, Taiwanese also have their special activity to celebrate the Moon Festival - Barbecue. It is a newly-formed fancy traditional activity in recent decades. Unlike July 4th BBQ activity, the meaning of having Autumn Festival BBQ is more like the Taiwanese version of Thanksgiving dinner. Families would gather together and enjoy the feast. This activity is so popular that even the city governments, like Taipei, would open up the riverside parks to the public for having BBQ events because most of the families don’t have a backyard. (Photo Credit: Youth Daily News 9/24/2018)

The Double Nine Festival is on September 9th in the Lunar Calendar which is celebrated by Chinese and Korean. This holiday has an older history than the Mid Autumn Festival. It started around 10~50 B.C and is related to a legend of defeating the plague in China. The ancestors believed that if the plague happens, they need to go to a higher place and stay away from the crowds. As a result, the activity of celebrating the Double Nine Festival is to go hiking, drink chrysanthemum wine, carry dogwood fruit, and eat Chongyang cake, a.k.a. Double Nine Cake.

The Double Nine Cake is made with rice flour so the tasture is moist, sticky, and fluffy. It has several layers and a red bean paste in the middle. The layer means “high”, which symbolizes hiking; so, if you cannot go to a higher place due to the weather condition or no mountain nearby, having this cake is also counted as going hiking.

If you are interested in having some Asia vibe in your Thanksgiving dinner, you can try the recipes of Egg Yolk Pastry, Songpyeon cake, or Double Nine Cake. You may create your own Asia-ish desserts by using Tea Zone powders, red bean, or Taro Lump toppings in those pastries.